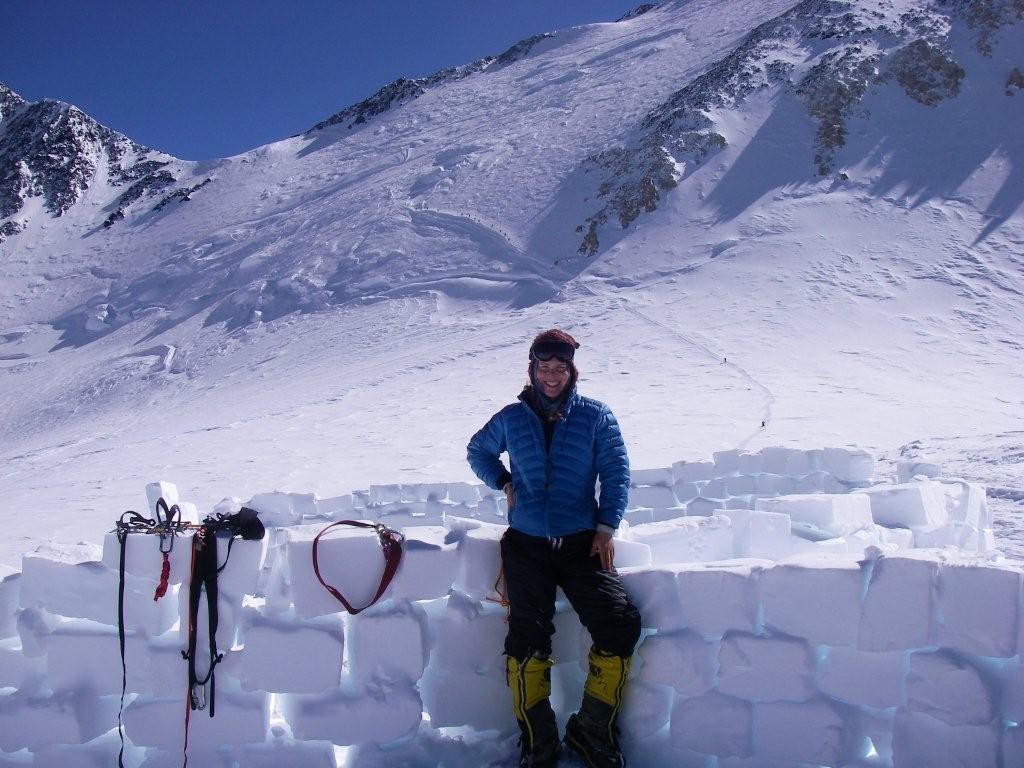 Hello friends,
How wonderful it is to be back home safe in Melbourne and now able to reflect and share with you all what was a truly epic mountaineering experience.

I hope everybody is well and happy and appreciating every single day of your life, the special people in it, the comforts you have and the gift of love that defines our lives – now there’s a thought for the day!

Where do I begin? I could write a book on my adventure but I will try to condense my Denali experience the best I can. It is very difficult to articulate exactly what I endured during the 23 days on one of the world’s coldest and most dangerous mountains in the world. Even now I ask myself, “Did I really do that?” 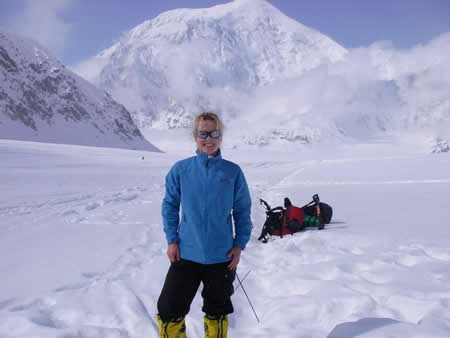 Thank goodness for memories, photos and my climbing journal! Every time I walk into my cosy little bayside unit I am greeted with the most spectacular photo of my tent perched high above the clouds, 5000m above sea level in the majestical Alaskan Range. It is pure beauty.

I have been home for a little over two weeks now and I must admit I am still absorbing the adventure, it still feels rather surreal. Every mountain changes you and your view on the world and life itself. It is very difficult for me to articulate what I experienced during the month of May. Indescribable perhaps? Even photos don’t do justice however, there are as some spectacular shots I will share with you all (see below).

Nothing could have really prepared me for the unknowns that I faced. That’s part of the attraction of climbing for me. Physically, I trained to perfection. Well, actually I peaked just a little too early, perhaps even over-trained? The day before I left, I was diagnosed with a stress fracture to my femur but there was no way this was going to stop me. I had invested far too much time and effort to let that get in my way (and this climb had a very personal meaning for me)! My physical condition served me well, I was strong all the way (each step hurt but I just blocked it out and focussed on the task at hand). Psychologically I coped with the expedition exceptionally well, despite the harsh conditions. I only had one day where I almost had enough (that happens when you have been stuck in a tent for 10 days)! Apart from that I enjoyed each day for the experiences and lessons it gave me. Each day was special and meaningful for so many reasons. Part of that was embracing all the challenging unknowns Denali dished out… that’s when your character is pushed to the limit, that’s when you have to dig deep into your human potential and fight for survival. That is called growth and enlightenment.

The Climb…
We started off with six climbers, including myself. I won’t name them (for personal reasons) but I will say they were all fantastic men with unique and special qualities. Friends I will always have fond memories of. After brutal winds in excess of 100km/hr at Camp 2 (we were stuck there for 5 days) one of our team members decided he had enough of Denali and descended with a guide. The weather patterns and subsequent storms were so bad that our guides’ tent was ripped to pieces during the early hours of the morning! We were forced to stay awake all through the night (which actually feels like day because it doesn’t get dark at night in this part of the northern hemisphere) with our backs or feet pushed up against the tent walls to prevent the winds from smashing them down. Getting blown off the mountain at this early stage wouldn’t have been good! (Tonight be thankful for the soft, warm cosy bed you sleep in and the strong shelter of your home…)

Our guides were Mark and Larry. Mark is one of the most senior and experienced Denali guides around and he was astonished by these ferocious winds. He had never experienced such violent and extreme weather patterns at Camp 2 in all his guiding years. It was at that point of the expedition that I had a strange feeling that it was going to be somewhat of an epic adventure… and epic it certainly proved to be!

When we were able to move to Camp 3 none of us expected to spend 9 days there. Our team was the longest guided group stuck at Camp 3, many others descended due to impatience, frustration and time constraints. We were persistent that’s for sure and I wasn’t going to descended the mountain without pushing to high camp. It was at Camp 3 that two other team members ended their Denali climb. It was now just myself and two other men of the original five that started 17 days prior. We were now only with one guide (Mark) as Larry had to descend with the other guys.

I can vividly remember saying to the boys on the morning we were told there is a small window of average weather to make a move to High Camp, “Ok, boys let’s climb this bloody mountain.”

It was also at this point that they both said to me how impressed they were with me… “One tough little Aussie chick indeed!”

Even though our expedition days had run out (based on our original schedule) we all wanted an opportunity to finish what we started, we wanted to at least give the mountain a crack! You dream about standing on top of the mountain months and months prior to the expedition, nothing was going to deny me the opportunity of pushing on and testing myself against Mother Nature…I had endured far too much!

After 18 long and harsh days in the Alaskan mountain Range we finally had our chance to push for a summit attempt. The weather conditions were not ideal but there appeared to be a very small window to climb. However, as it proved you are always climbing into the unknowns which make no climb a guarantee especially on this brutal mountain.

We moved to High Camp on Monday May 25th and made a summit attempt. We departed later than other teams to allow time for better climbing conditions but it wasn’t long after we ascended that we knew things were not good. The weather was nasty…no, brutal! Climbers were retreating by the masses, many of them severely frost bitten, wind burnt and fatigued due to the violent elements. This kind of weather is terrifying and descending is a matter of self preservation.

After a few hours of climbing we were also caught in the midst of it and were forced to find shelter behind some exposed rocky terrain. It was freezing, (-35 degrees plus wind chill) with winds in excess of 100km/hr. I was very frightened and scared and seriously questioned whether I would make it home alive. Staring your mortality in the face is the most profound feeling you can possibly imagine.

We couldn’t move either up or down for over an hour, at that stage we assumed our summit attempt was over. But, miraculously the weather abated a little and we were given the opportunity to move further towards our goal. We continued to climb for another hour but the weather became angry yet again. We did not want to get stuck on the exposed mountain again and now time was getting the better of us (after a summit you have to have enough energy to descend, which is often the most dangerous part of a climb). It is at this point you have to make a decision on summit or survival? I could see the summit of Denali…only 500m in front of my eyes!

However, I had to turn back.

No mountain is worth dying for!

My life is far too important…

No, not at all. In fact, I honestly believe I learned more about myself, mountaineering and life in general by not summiting than if I had. I will even go as far as saying I actually don’t think I was meant to summit this mountain.

I am so proud of my achievement; I could not have possibly done any more than I did. I never gave up… I gave it everything I had against all the odds I faced. Unfortunately factors beyond my control determined the outcome. That’s mountaineering for you, no summit is guaranteed…you must expect the unexpected…plus a little more!

Now finally in my life I honestly believe and understand that it is not about the summit (or destination if you prefer); it is about the journey… it’s about the climb!

And, most importantly, I came out alive!

There is a special song called “The Climb” that sums my Denali experience up beautifully.

But the song is a perfect reflection of life itself, I believe mountains are a metaphor for life… it’s all about the climb!
Never forget to appreciate and cherish all that you have. 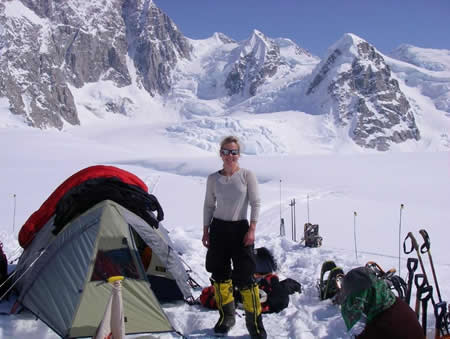 « Wow, what an epic adventure!
Check out my new clothing range »